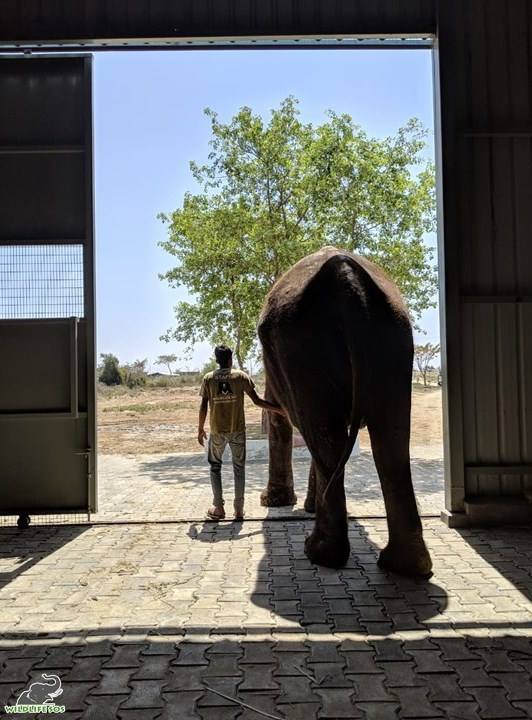 The picture says it all, when you think about it. Kalpana stepping out of the darkness, into the sunshine, with a Wildlife SOS caretaker at her side.

The elephant whose name means “imagination” leaves behind a life filled with almost unimaginable cruelty. Beaten with an axe, poked by a spear, forced to work everyday despite her pain, hunger, thirst, and exhaustion. Kalpana's days were dark, literally - thanks to almost total blindness caused by her mistreatment - as well as figuratively - 40 years made up of long, hopeless days.

Thankfully, her ordeal is over. Her new life has begun.

After this photo was snapped, Kalpana went for her first walk, chain free! It was clear she had never been out in an open, lush, green field before. Initially, she was lost and unsure, not knowing what she was supposed to do. After exploring the surroundings for awhile, she began joyfully uprooting grass and playing with twigs. This went on for hours. It was an emotional time for us, seeing her being an elephant for the first time. To help Kalpana live more happy days like these, we need 200 monthly supporters to cover her ongoing treatment and care.