End the Horrific Dog and Cat Meat Trade of Nagaland 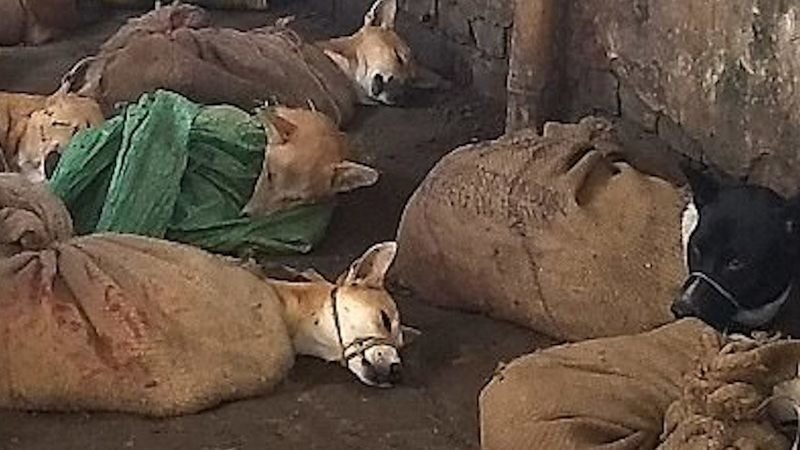 Shocking new images have emerged of the cruel dog meat trade in Nagaland, India, where terrifiedstray dogs and stolen family pets are tied up, stuffed into sacks so they cannot move and transported -- sometimes tied to the roof of a car -- to restaurants where brutal slaughter awaits.

The appalling new photos were taken by photographer and dog lover Surabhi Jaiswar, who documented the cruelty in the hope that "animal activists take action." And now, it is up to us to speak out against the horror and work to save more dogs from torture and death.

Dog and cat meat are outlawed in India; however, the slaughter notoriously continues in this region. In 2016, Humane Society International investigatedthe "Nagaland nightmare" and found the same extreme brutality. Some smugglers even stitched the dogs' mouths shut to muffle the animals during illegal transport.

The abuse must not go on. Sign now to urge the Chief Minister of Nagaland to enforce the dog and cat meat ban at once and file criminal charges against anyone caught engaging in this horrific trade.

This petition will be delivered to:
SIGN Petition here:
https://www.change.org/p/end-the-horrific-dog-and-cat-meat-trade-of-nagaland?source_location=petition_footer&algorithm=recommended_share&original_footer_petition_id=8018792&grid_position=9&pt=