11 Dogs Who Have No Idea Where This Mess Came From. 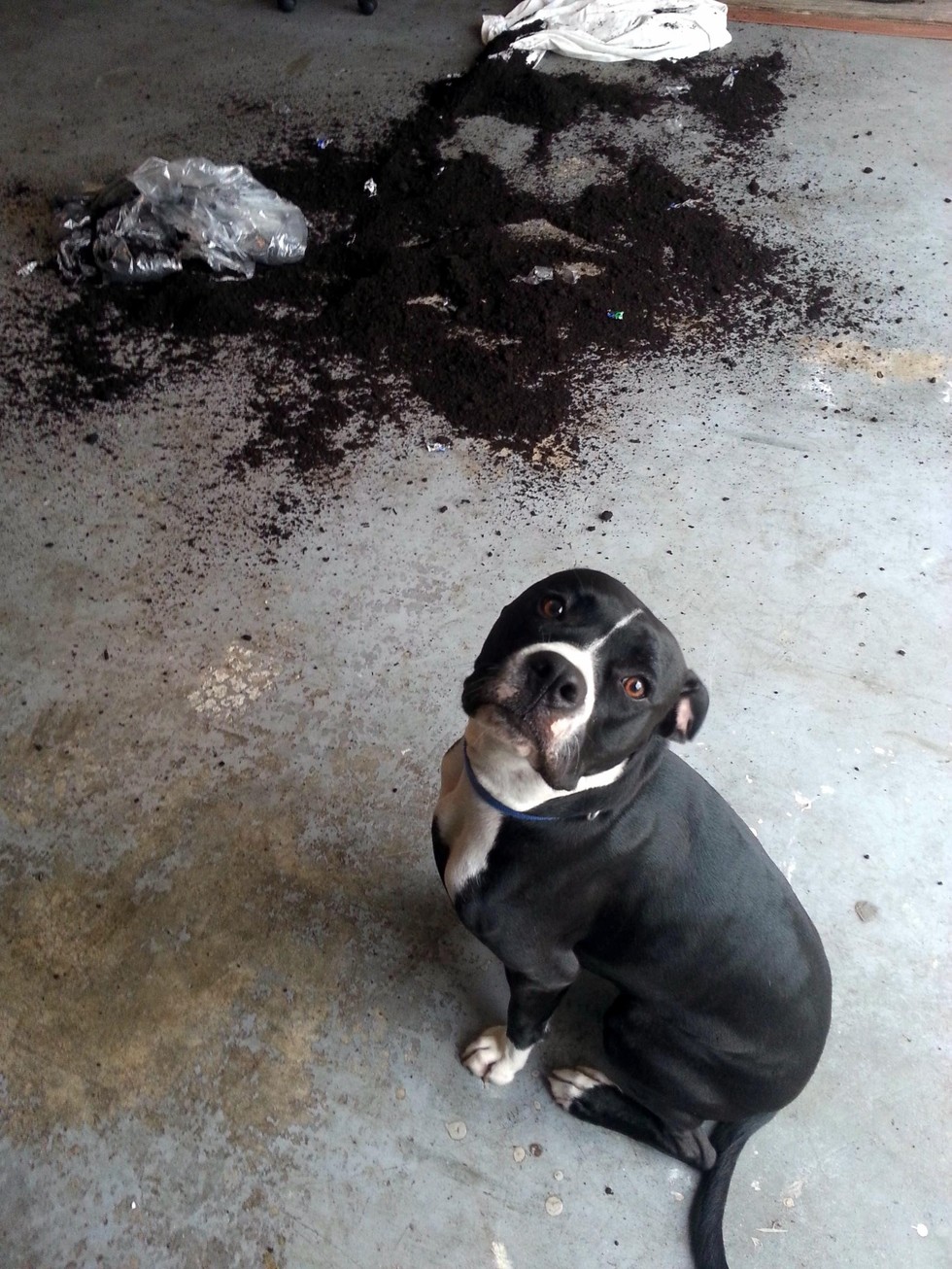 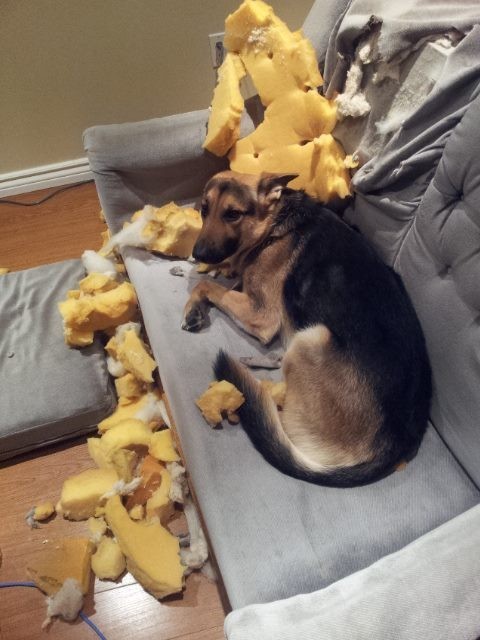 3. "Psh. I have no idea who ripped up that toilet paper. I've been laying here with my bone this WHOLE time." 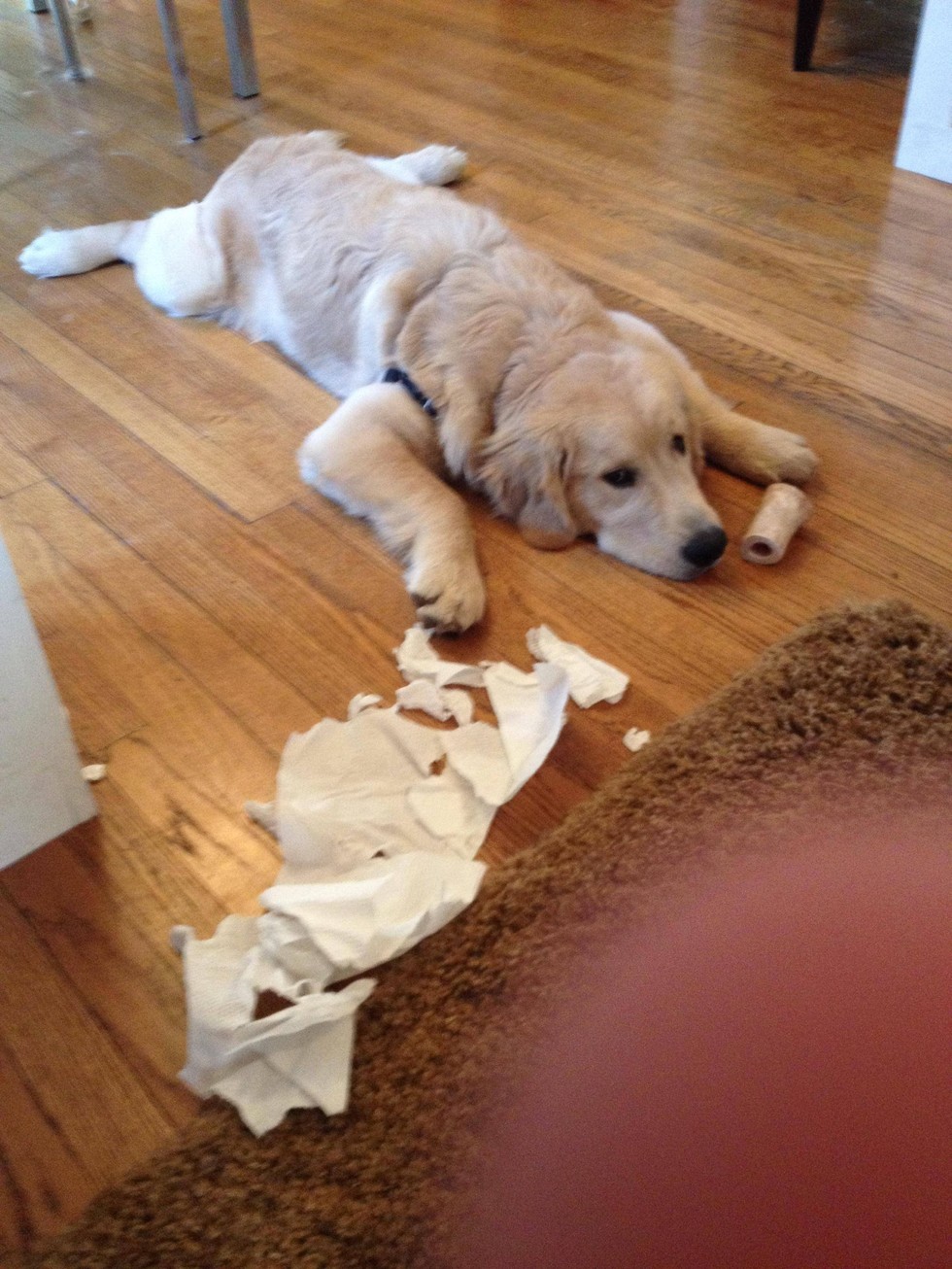 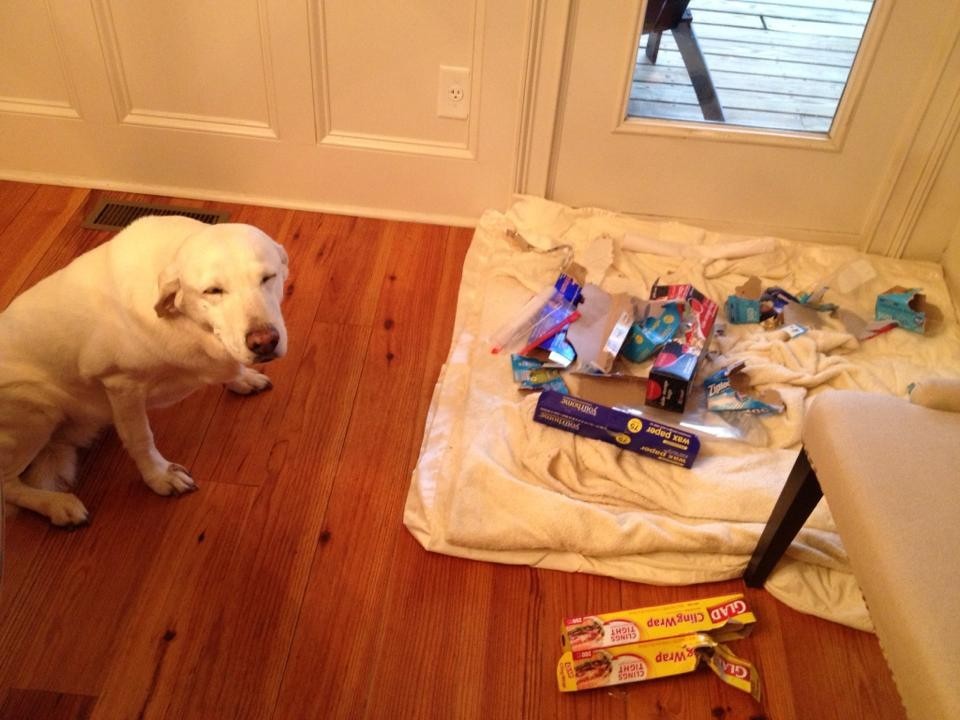 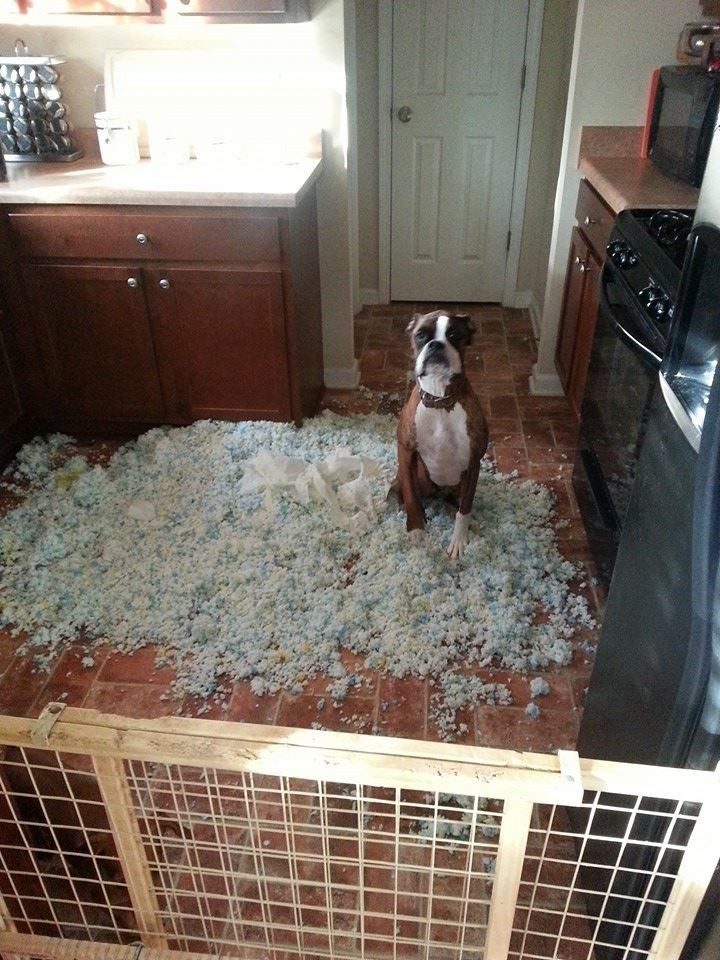 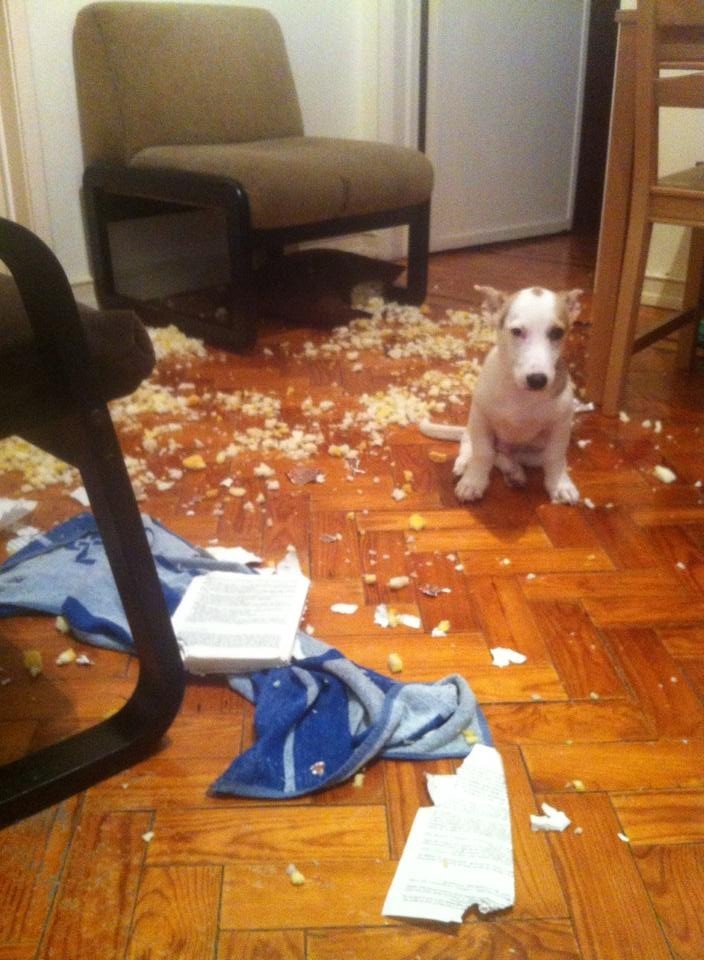 7. "Something on my face? What are you even talking about?" 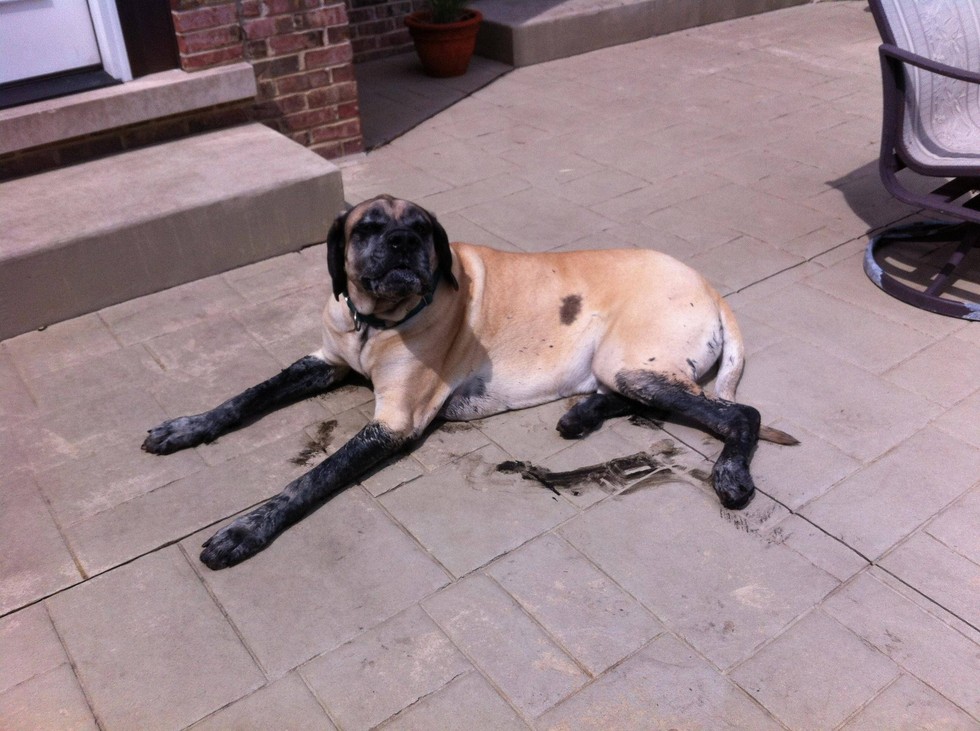 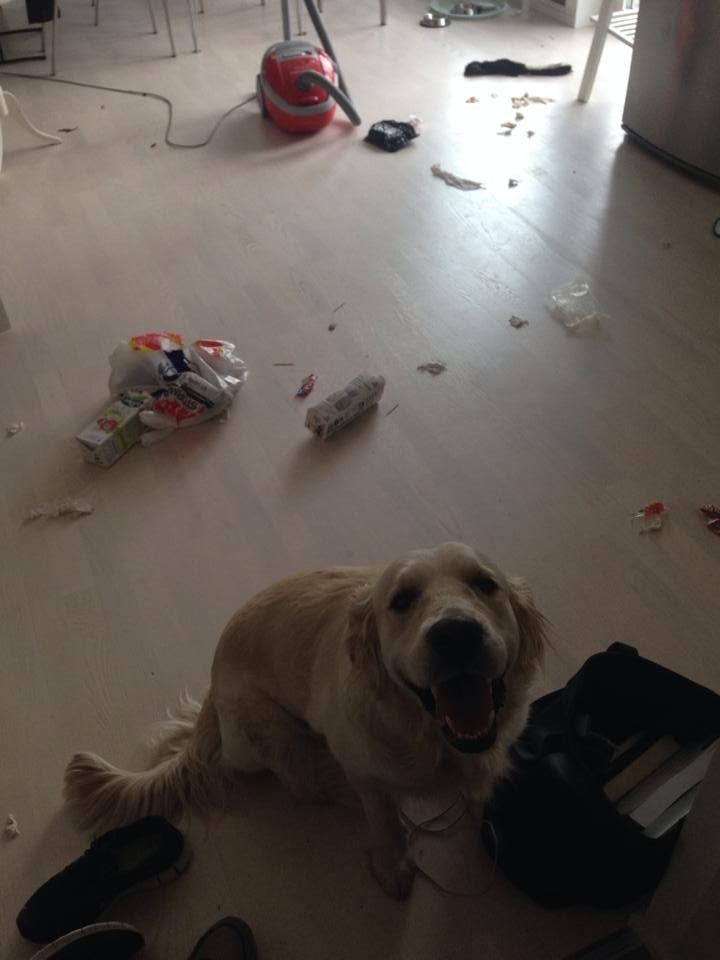 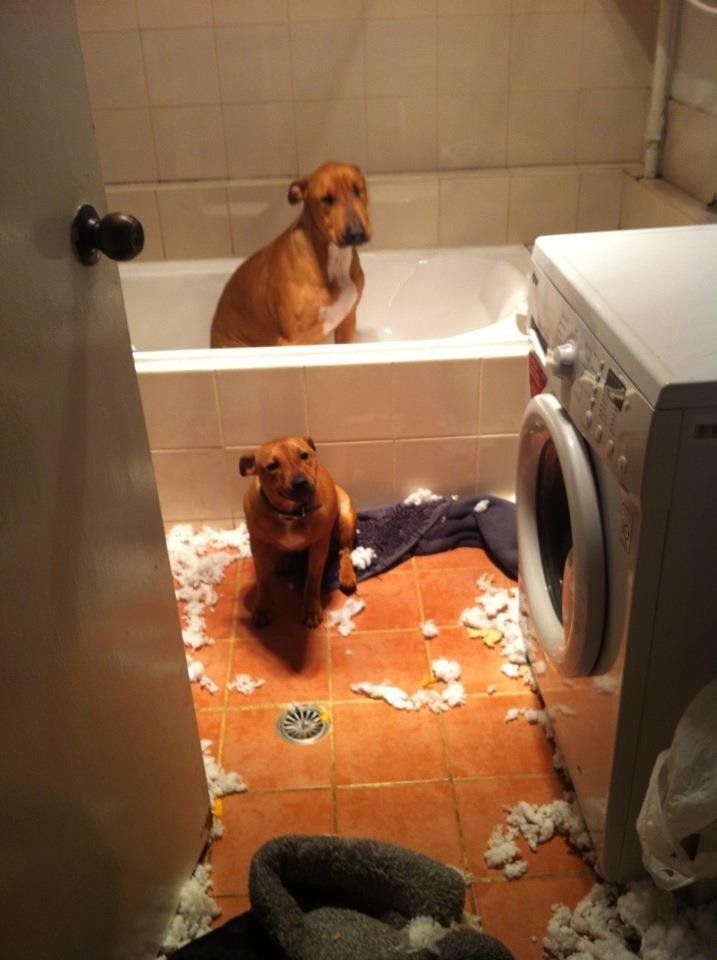 10. "I literally have no idea what just happened." 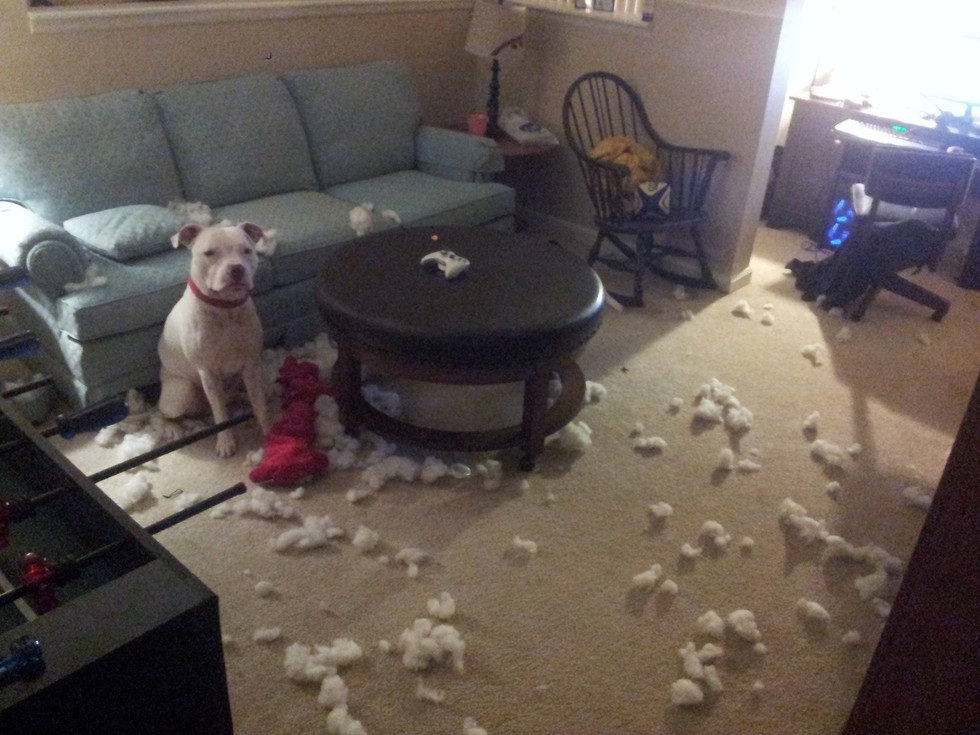 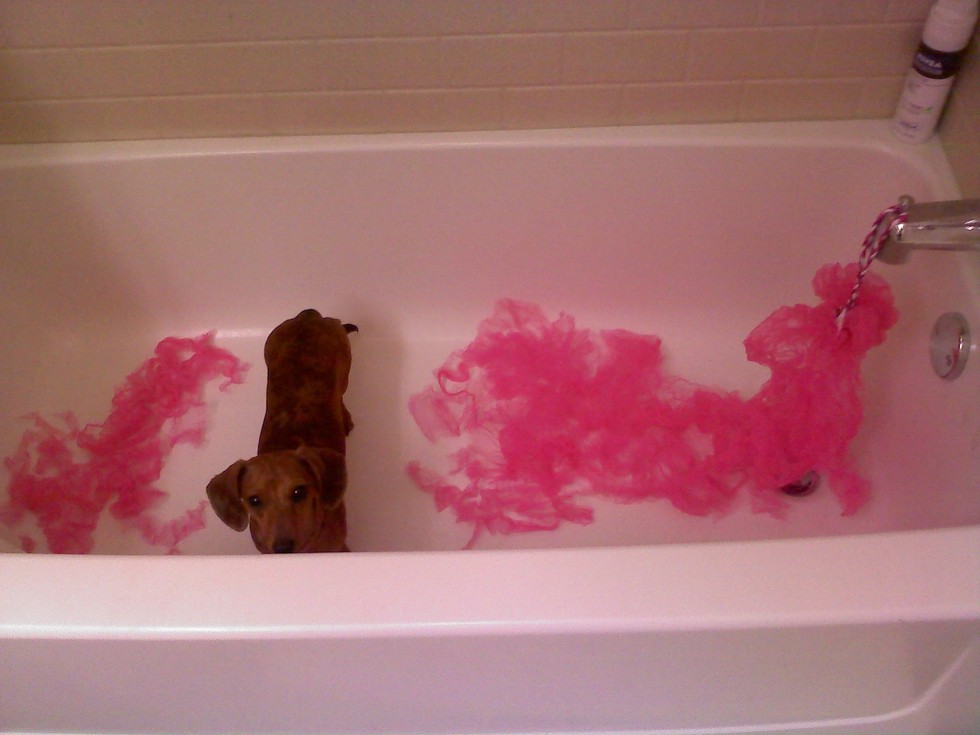 *Editor's note: make sure your pup is getting enough attention around the house, and that they always get enough exercise, otherwise they might get bored and start shredding stuff! Also make sure they have something to play with if you leave them home alone! If flying is something you don’t look forward to when it comes to traveling with your pets, this will make your globetrotting dreams come true.

The John F. Kennedy International Airport in NYC, is set to open the world’s first privately owned terminal dedicated solely to traveling animals. You know, so your pups can relax, get some Starbucks, wander around Hudson News finding the latest gossip mags to peruse, or just do some duty free shopping while they wait for their flights to board. All jokes aside, the terminal, aptly named “The Ark” will serve as a cargo holding area for all animals (exotic, farm, zoo, domestic) while they await transportation to their destinations.

Set to open in early 2016, The Ark is spread out over a 178,000 square feet and will house an overnight pet resort Paradise 4 Paws kennels, ample state-of-the-art cargo holding facilities, vets, an aviary and even climate-controlled stalls to ensure total relaxation prior to departure. Phil Derner of NYC Aviation spoke to the Gothamist about the $48 million endeavor:

“It is indeed unique. Some people seem to question its necessity, but if a private company wants to sign a multi-decade lease with PANYNJ, then by all means. This facility is in the cargo area of JFK, which sees tenants come and go, so this can be a good deal for a potentially economically unstable part of the airport.

“When it comes to travel, animals have always had the short end of the stick, flying in dangerous and uncomfortable conditions in the bellies of aircraft. Regardless of animal type, I am all for anything that improves their treatment. As long as this being in the cargo area doesn’t bring about a horse-related Goodfellas Lufthansa heist, it is just fine with me.”

Derner is right. Traveling with pets has always been quite the challenge. As pawrents, all our flying time is spent worrying about the safety of our furry friends down in cargo. So this is a welcome change! Cliff Bollman, architect at one of the firms designing the terminal, spoke to The Telegraph:

“For the animals who [will] pass through The Ark, as well as the people who own them, air travel can be stressful and confusing. Aligning the needs of quarantine with kenneling and elevating the experience for animals and their owners, our design team sought to create a comfortable, healthy environment for them all.”

Now that my pup knows about what’s to come, he can’t wait for his first air adventure. All paws aboard!

Children can get attached to a pet very quickly, and learn valuable emotional lessons from their animals.

Pets and children share a deep bond, one that teaches children empathy, compassion and respect. When Cynthia was five years old, her family acquired a cockapoo named Nellis from a neighbor who no longer wanted it. "I still consider Nellis to be the brother I never had," wrote Cynthia one afternoon a while ago on the New York Times blog.

Nellis played baseball with Cynthia by holding a plastic bat in his teeth and running the bases. When her family moved to a new location, he was the bridge who enticed neighborhood kids to visit, helping Cynthia make new friends. He was also her mother's late-night TV watching companion when the children went to bed and her father was out.

"He set the tone for all the pets I've had since," Cynthia wrote, "and a big factor in why I volunteer with animals today. His legacy is a rich one, as is the legacy of all companion animals."

That legacy includes the lifelong skill of empathy – feeling the feelings of others, knowing when someone is uncomfortable, caring enough to change your behavior so that the other person becomes more comfortable.

"Parents have traditionally encouraged children to respect and care for animals in the belief that this would enable children to become more caring, compassionate, and responsible," said Elizabeth Omerod, companion animal veterinary surgeon, and member of the Pet Health Council in London, England. "Studies demonstrate that children who interact with animals have higher levels of self esteem, greater empathy, and better social skills."

Evidence on Animals and Nurturing

Research around the world demonstrates the tremendous benefits of owning a pet. Studies show that children who own pets have more empathy and nurturing ability, and as they grow into adulthood, essential skills to develop meaningful relationships.

Pets Can Teach Compassion to Children

TLC is a violence prevention program designed for at-risk youth in Los Angeles, part of the Society for the Prevention of Cruelty to Animals. This program is helping 400 middle school age teens feel empathy and compassion for others.

These children are in this program because of gang affiliation, drug use, history of violence, being severely withdrawn, decreasing grades, decreasing socialization, severe shyness, or being a victim of bullying or being the bully.

One such child arrived at TLC dressed in black. He spoke to no one and seemed angry, recalls Melanie Wagner, director of this program. He had no friends and was bullied often. After he was assigned a dog, he had someone to talk to. Slowly, his self-esteem rose and he became friendlier, so much so that he is now a peer leader with the program, helping other at-risk children turn their lives around.

The children spend a month working with shelter dogs, teaching them basic obedience and giving them attention and companionship. They also learn about conflict resolution, anger management, coping skills, tolerance, and teamwork. For many children, it stops the cycle of violence and helps them become productive citizens.

Teaching children to respect animals helps them learn to respect people – others and themselves. By tuning in to an animal's feelings of wanting attention, love, food, companionship and respect, a child can grow up into a caring adult who can more intuitively tune in to other people's feelings as well.

By Silvia Foti for WebVet | Reviewed by Amy I. Attas, VMD